What is MESA Global Academy?

The Middle East Studies Association (MESA) Global Academy is an interdisciplinary initiative that sustains essential research collaborations and knowledge production among scholars in the humanities and social sciences from the Middle East and North Africa (MENA) and their counterparts outside the region.
Learn More

WHO DOES THE GLOBAL ACADEMY FUND?

The Global Academy supports scholars working in two broad thematic areas: governance, accountability, and the rule of law; and fairness and economic equality. The Global Academy conceives of these two areas in interdisciplinary terms, and invites scholars to apply from the humanities and social sciences, from comparative literature, history, and Islamic studies to political science, anthropology, economics, and beyond.
Learn More

How do I apply?

Scholarships have been awarded for the 2022-2023 academic year. Please check back in the spring of 2023 for the next funding cycle. The Global Academy awards scholars in the field of Middle East Studies $5,000 grants to further their research and collaboration with MENA-focused scholars in North America.
Learn More 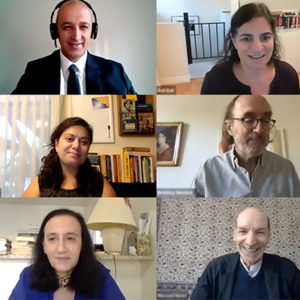 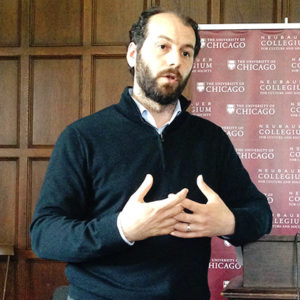 Competitive fellowships are available for scholars from the MENA region who are currently displaced in North America and whose work is broadly focused on Middle East Studies. Eligibility criteria are: 1) a PhD or equivalent in a field in the social sciences or humanities (graduate students will not be considered); 2) a primary institutional affiliation in the MENA region prior to displacement; and 3) a publication record indicating scholarly productivity (in English, French, a native MENA language, or principal research language of the field).
How to apply
November 16th, 2022

On November 15, 2022 the University of Southern California Department of Middle East Studies and Institute of Armenian Studies and UCLA's Center for Near Eastern Studies hosted an online talk with Dr. Ruken Sengul. The talk built upon recent social and cultural histories of the destruction of Armenians in the late Ottoman Eastern borderlands to develop a political anthropology of sexual violence. Drs. Asli Bali of Yale University, Sherene Razack of UCLA, and Anoush Suni of Northwestern University served as discussants. Dr. Laurie Brand of USC moderated.

On May 12, 2022, Ottoman & Turkish Studies at NYU hosted Dr. Halil Yenigun of San Jose State University for a talk on political Islam. Dr. Asli Igsiz of NYU served as chair and Dr. Banu Bargu of UC Santa Cruz served as discussant. The event was co-hosted by NYU's Department of History, Department of Middle Eastern & Islamic Studies, and the Hagop Kevorkian Center for Near Eastern Studies.